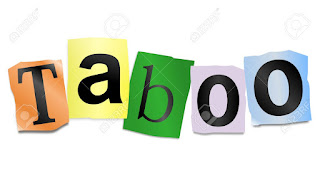 It would be obligatory for me to state this as a statutory warning, that this article might have just too many taboo words for you to digest with your evening tea. But with the right amount of sarcasm and some perspective, I think the target audience should get the right message.


This is about my late Grandma. She belonged to the elite group of people who used to crib about the luxuries life used to miss. Like the hot water tap that runs the cold water, the push back seats in the bus that won’t budge and coffee in the restaurant that wasn’t hot enough. So when I decided to write my liberal views, her soul jittered out of her grave and through the thin walls of my apartment.

She was highly concerned about the way society was changing, wobbling on the thin thread with their skewed morals. How she detested today’s generation (including me) who went about slapping words like ‘Gay’, ‘Lesbian’ and ‘Sex’ openly!, using them as often as endearments. “Shameless,” She said turning over in her grave. She wanted me to understand certain “rules of prosperity”  that was set in her times for a stable and healthy life. These precise rules churn the fabric of our lives out in a blanket that protects us .Rules like the natural curiosity to know about sex should be immediately crushed with a heavy dose of shame and embarrassment. Why do we even want to know about sex?  All we need to know about sex is that you need to have it after marriage with a complete stranger in an unknown house with or without the consent of the female. But no, we instead want to have sex with our long term ‘lover’ (Another of the unholy things common these days) in the comforts of the house we know, with mutual consent. Now how can any of these be healthy?

It was fine as long we were sticking to the caste boundary but no, we kids just like to push the boundaries for the thrill of it. Don’t we? So now we are mixing it up with other castes and religions also. How can that be any sensible is beyond her. How can compatibility, understanding and mutual respect be above one’s caste or religion? As if it was not enough stretching of the limits, we have come to a stage where we accept the concept of being’ Gay’. OUTRAGEOUS! She said. We should be ashamed of ourselves. How can somebody CHOOSE to be ‘Gay’? That is just against nature and God. And then we go about giving the excuse that it isn’t a matter of choice? How can it not be? I mean you and me choose to be straight. Right about the time when puberty surged the hormones into our gullible system, we choose to get attracted to opposite gender. Then how can they not choose to be attracted to opposite gender? It’s abnormal for such people to find love or even come out in open. They can affect other people’s choices of sexuality. Don’t people become the type of people they hear or see around them? How can we risk for such people to exist in our society? She did wonder why she never turned out to be a nun studying in a convent school. Since she was taught and surrounded by nuns; she should have turned out to be a nun going by her logic, but nevertheless that was not her point here. The logic of societies are not to be thought out but are to be just followed blindly.

I promised her to abide her rules and wishes and she peacefully went back to her eternal sleep. But I know she will return back when a new wave of change appears in society again.

Now and then I see many such souls around me, feeling unsettled by the route our generation is taking. While snipping through the cold cup of their coffee they look down upon the world which has finally come to a point where every person has a right to love the person they want and with the gender of their choice. I apologize to all such people. And hope they understand why I had to wrap my liberal views in the cloak of sarcasm. Enjoy your tea time!