Mr. Raman waited impatiently in the lobby of the office. Six years, it took him six years to get this investor interested in his product. For a fifty-year-old man with a terminal illness, this was a very long wait. He had invested his life into this product.
“This invention will be the end of us” His wife would warn him with a frown. But he turned a deaf ear to her and continued to work on it. Year after year, experiment after experiment and finally he had something of significance. His name would be in the lines of Thomas Edison and Einstein. He smiled nervously. He looked at the clock. The uncertainty was annoying. He picked up the newspaper to get over his nervous fidgeting. It was crowded with the campaign ads for coming election candidates. A full page picture of Mr. Kailash Chadda stared at him in the face. 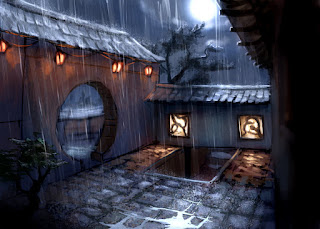 The lighting thundered through the dark of the night and rain pelted like rocks on the roof of the house. Beeku peeped through the cover of his blanket into the dark night. Lighting created shadows of monster on his walls. Another loud crackle of thunder and he threw himself into the arms of his mother.
Read more »
at 11:44 AM No comments:

Birth Of a Mother 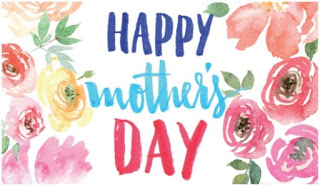 When do we feel like mothers? It’s not always when we conceive a child or when we deliver them. It’s usually when we realize that an utterly helpless and tiny being is hopelessly depended upon us for their every need. They clutch onto us with the power seeming too great for them to possess and cry like the world is ending, just for a hug from us. They look a little bit like us and act a little bit like us. Their innocent ways dig hooks deep into our hearts and suddenly everything seems truly worth it. It’s then that we are born as a mother and brave against unthinkable to guard them with our life.
We could go behind the science that gave this motherly instinct to every female species on this earth, but then why credit the hormones for this magical feeling. Why waste time to analyze something that we have so little time to enjoy. So here is an ovation to all the lucky people of this world who were born as mothers.
A Happy Mother’s day