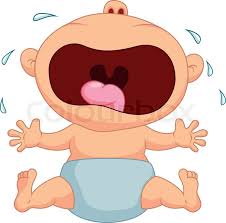 It was a shiny little remote control Car. I knew it was trouble the moment I saw it. I always try to stir clear of the electronic toy section during my family visit to the local supermarket. But on this one occasion, I haven’t been too vigilant and ended up having this electronic remote control Car in my shopping cart. Arjun held the toy tightly in his hand the entire time, while Shaurya looked at it with expectant eyes. The moment we reached home, the wraps were off and the toy was on the floor; Arjun trying to fix all the batteries inside it. I went to Kitchen resigned, knowing full well that a fight was about to follow, and sure enough, within minutes Shaurya was shrilling ‘Mummy’ at the top of his lungs.
I came and stood there. Arjun had taken control of the remote and was merrily driving the car while Shaurya was trying to muscle it out from his hand.  But Shaurya, being the smaller and younger was no match to Arjun.
I gave Arjun a stern look “Can you please give back Toy to Shaurya”
He looked at me with a furrowed brow and said “NO, I am playing with it. He should know to wait for his turn”
I looked at him furiously and took the toy from his hand and handed it to Shaurya. His deafening cries immediately stopped.
I stared at Arjun “Let him play. He is much small to understand that. You can play with it once he is done.”
He looked at me furiously and went back to his I-pad. I came to the kitchen and started to work. It had only been five minutes that shrills had started again. I came out and saw Arjun trying to snatch the remote out of Shaurya’s hand.
I stared at him. He instantly answered” I wasn’t playing. I was just teaching him how to use the remote. He does not know it” he said innocently.
I sighed and gave the toy back to Shaurya. “He will learn by his own. You just leave him alone.”
“Why do you always favor him? He needs to learn to wait for his turn” He said angrily and started down at his i-pad.
“I favor him because he is a little child.” I said firmly " and you sir , are his 35-year-old father, who is obsessed with remote cars. Now can you two get along so I can finish up with dinner?”
He ignored me and eyed the toy from the side of Ipad. I resigned from the situation and went inside the kitchen. I never thought I would be dealing with two kids while delivering one.
at 8:22 PM