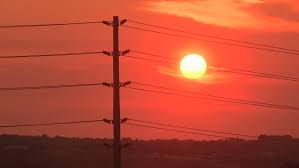 The gold spilled in my backyard as the sun pulled out another day in front of me. I watched as the inky shadows spread around me warmed up into a colorful world. The white clouds were floating lazily on their back in the pristine sky. I closed my eyes as the humble wind shuffles the leaves of the tree and sings an empty tune. Were they singing my village folk song? I start humming with them. There were still few hours before the jostling lives of this small town takes over this tranquility. I sit on the backyard steps and try to breathe in the view when suddenly my daughter darts right by me and began to walk restlessly in the backyard. She paces right and left holding her mobile phone up to the sky. Now and then she would take few calculated steps here and there and look for a signal on her phone. I could tell she did not get any because she groaned and stomped her feet in frustration.