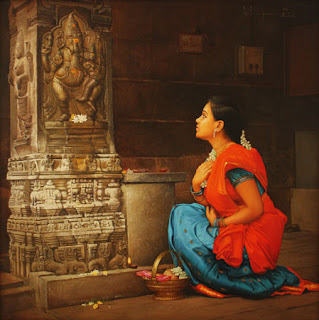 Revati was a believer. She knew the whole encyclopedia of 330 million gods by heart. Through exclusive inner networks of priests and Babas, she had developed a copious knowledge of all the religious remedies that could provide with solutions to any kind of problems. Sometimes she had solutions to the problems that were not even there. It was like the best insurance policy. Monday fasts would provide with a good husband, Thursday puja would make your son good in studies and doing ‘Mrityunjay’ Puja will help you trick the death!


Meanwhile, somewhere in that small town, a notorious teenager was planning his next prank over the summer weekend. It was indeed he who had mixed the recreational drugs in one of the Prasad plates which was picked up by Revati by mere chance. And now he planned to mix that recreational drug in the Municipal water tank. He was not worried that he will be caught. People would attribute it to some or the other miracle. Because don’t we all love to shoot the common sense square in the face and worship the madness we don’t understand.
at 9:15 PM