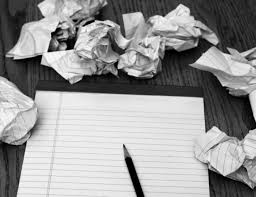 Ajeet is sitting in the publisher’s room clouded with apprehensions. The room is cluttered with bundled up manuscripts, which is much nicely bounded than the one in his own lap. But he could not let those things intimidate him. Not now, when he had finally got the chance to meet a publisher for his book. He had to pull some strings to get a reference, but that was just how things worked around here.

The pictures flipped through one after other in a slideshow as the murmurs and chaos increased in the hall. The girl ran backstage sobbing. The event was abandoned and other organizer struggled to make sense of what was happening.
Next day newspapers and TV had a field day weaving all sorts of theories around the scandal. The reporter to whom Ajeet had given all the pictures published the actual story but it was less delicious in front of all the other spiced up ones.
Ajeet was happy, but he could not help thinking about the girl. What will happen to her family? All that disgrace and media attention at such a young age. What if she commits suicide?
If he marries her, would it be good for his book?  Perhaps not, he thought and set out to the work of polishing his novel. He spent few months linking the events in order and it was ready now. It had all the ingredients for the bestselling novel. He packed up his manuscript and went out to meet the publisher. It’s best to release the book while the topic was still hot or the craze would die out. As he passed the newspaper stand, an image stuck him. He went and picked up the newspaper and read the front page news.
‘Damini: The fight against injustice. Read the story of exploitation of an innocent girl by the hands of a politician. A story straight from the mouth of the Victim. Coming soon to your nearest bookstore’
He stared at it with wide eyes. The girl was going to publish her own story to gain publicity from it. Her innocent and scared face printed on the full page of the newspaper.  And right below the book tagline was written.
Based on true events.